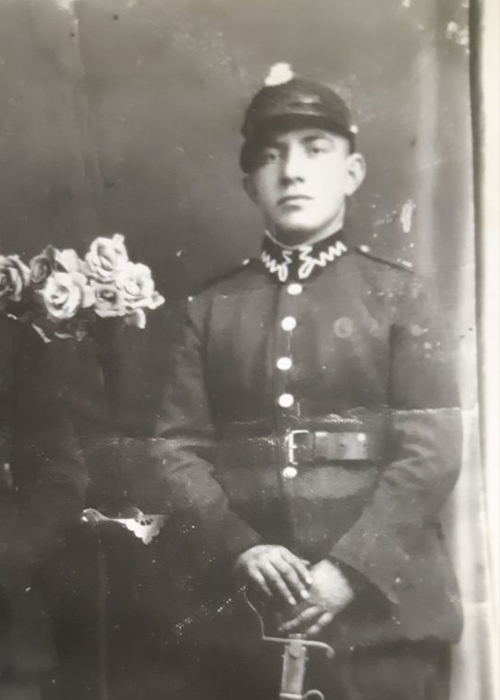 Since 1919, the area in which his family lived moved to Poland. In March 1939 he was drafted into the Polish army, from the beginning of World War II he took part in hostilities, and was captured by the Germans at the end of September. At the end of 1940 he fled from the prisoner of war camp and hid until 1943. In July 1943 he was raided and sent to Sobibor, where he was selected as a builder. During the uprising, he was to lead the arms depot capture group with Alexei Weizen. After the escape, the Western Bug crossed with Alexander Pechersky and other Soviet prisoners of war and joined the partisan detachment named after Shchors. Later he was a mortar gunner in the 110th Guards Rifle Regiment of the 38th Guards Rifle Division of the 70th Army of the 2nd Belorussian Front. By order of the division No. 031 / n dated May 15, 1945 he was awarded the Order of the Red Star for the battle on the Oder on April 24, during which Plotnitsky destroyed three enemy firing points (TsAMO. F. 33. Op. 686196. Unit 6416. Record No. 28928833, l. 210). After the war, he lived in Pinsk, where in May 1968 he met with A. Pechersky. He participated in the celebration of the 25th anniversary of the uprising in October 1968 in Rostov-on-Don. In October 1979 he repatriated to Israel, lived in the city of Nazareth Ilit.