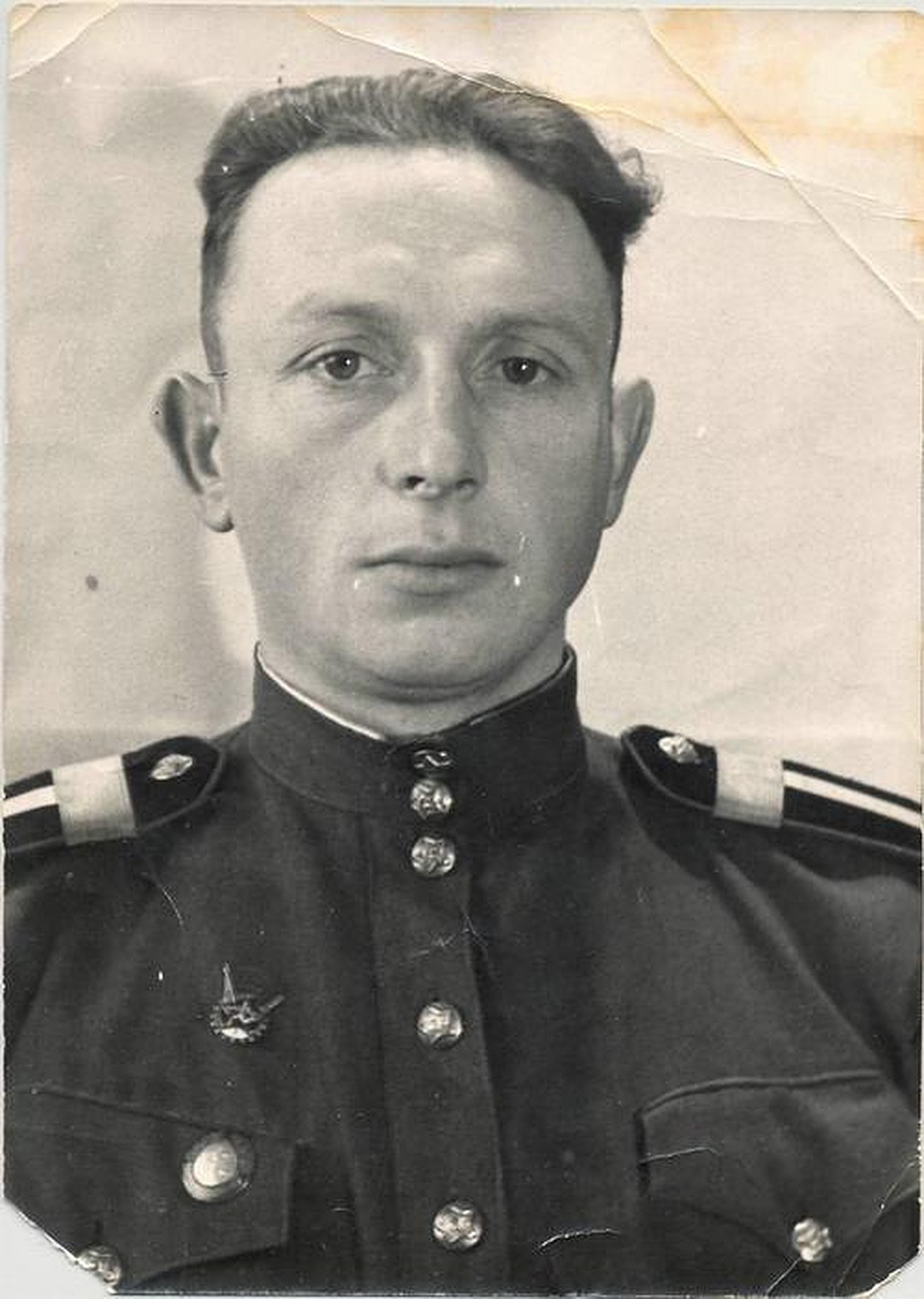 He spent his childhood in Khodorov (Lviv Voivodeship). After joining this territory to the USSR and graduating from school, he worked as a secretary in the local prosecutor’s office. In February 1941 he was drafted into the Red Army, enlisted in the 244th Infantry Regiment of the 41st Infantry Division. He served on the border of Rava-Russian. In late July or early August 1941, he was wounded in the face at the Khristinovka station in the Cherkasy region, was captured, a few days later escaped from the camp in Uman. Hiding in the woods, was detained in December (“Ukrainian nationalists gave us away” – Terushkin-Pakhalyuk, p. 280). He escaped again, in April 1942 he was again caught and sent to Ternopol prison; there he posed as a felon and was released. He stayed in Ternopol in a Jewish family; during the raid he was detained, “exposed” as a Jew and in May 1942 sent to Sobibor. There he worked on sorting things of dead prisoners.

After the uprising and escape (his younger brother Shmul Weizen, who later went missing; another brother, Mikhail Weizen, had died earlier in Sobibor; his parents and sister were killed during the occupation in Khodorov, also escaped), joined the group of Alexander Pechersky and, having joined the Western Bug with other prisoners of war, he joined the Voroshilov partisan detachment, then joined the Frunze detachment of the Stalin brigade of the Brest formation, which in April 1944 joined the Red Army. From April to August, in the 2nd spare rifle regiment, after verification, in the 239th guards rifle regiment of the 76th guards rifle Chernigov Red Banner Division of the 70th Army (1st Belorussian Front). Battalion scout, then in the reconnaissance regiment; since autumn 1944 corporal. October 3, 1944 was wounded. By order of the regiment No. 104 / n dated August 31, 1944 he was awarded the medal “For Courage” (TsAMO. F. 33. Op. 690155. Unit 1390. Record number 30205257. L. 47). By order of the division No. 159 / n dated October 22, 1944 for courage in the battles north of Warsaw on October 9-10 he was awarded the Order of the Red Star (TSAMO. F. 33. Op. 690155. Unit 5626. Record number 33980577. L. 222, 224; in award documents designated as Weizen Alexey Anshlovich). The war ended in East Prussia.

He remained to serve in the airborne troops in Pskov, then in Ryazan. Demobilized in 1966 with the rank of captain. A parachuting master, he played football since his youth. Before retiring in 1996, he worked at Ryazanenergo.