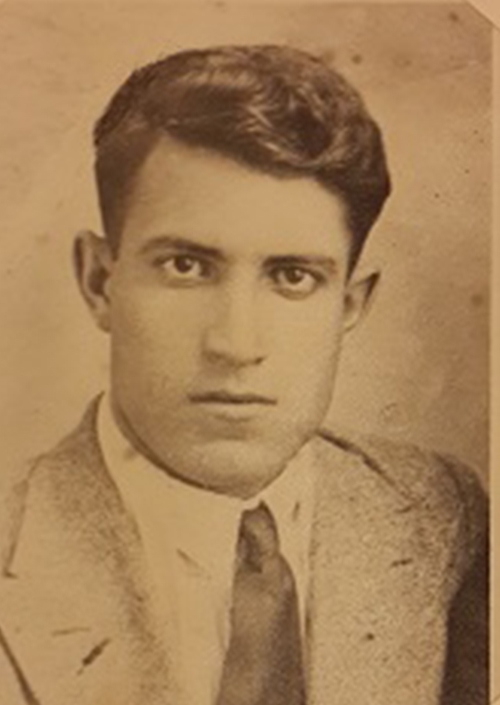 He graduated from the Rostov Institute of Railway Engineers. Was married. He lived in the working village of Kotelnikovsky, Stalingrad Region (now the city of Kotelnikovo, Volgograd Region). In 1940, drafted into the Red Army. Captured (presumably in August 1942). Together with Alexander Pechersky and other future participants in the uprising in Sobibor, he ended up in a working camp on ul. Wide in Minsk. From there, September 18, 1943 was deported to Sobibor (arrived at the camp on September 23). During the October 14 uprising, he destroyed the Deputy Commandant of Sobibor, Untersturmführer SS Johann Nimann, in the tailor shop, thereby initiating the liquidation of the SS men who served in the camp. After the escape, he crossed with the Pechersky and a group of other former prisoners of the Western Bug and joined the Belarusian partisan detachment named after Frunze. According to Arkady Vayspapir, “I went with a group of scouts across the Pripyat river to establish contacts with the army (when the front came close). The group disappeared” (Terushkin-Pakhalyuk, p. 169). “He was a cheerful person who never lost heart. He loved to sing and jokingly called himself Kalimali. Nobody knew what Kalimali was, but it made everyone smile,” A. Pechersky recalled him. (Breakthrough into Immortality, p. 29).