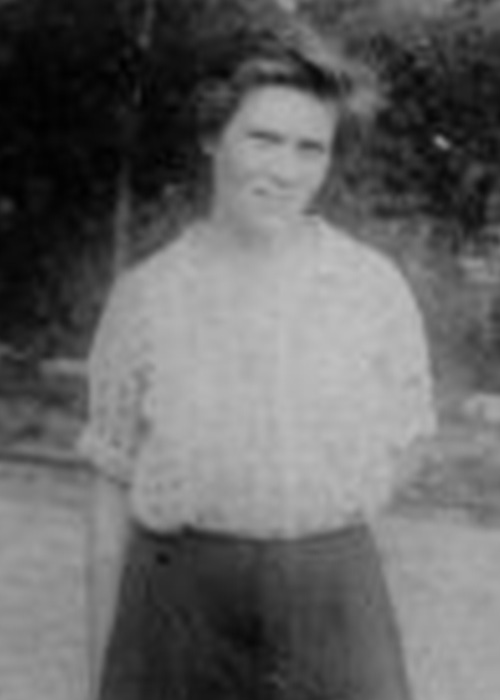 Parents owned a lingerie store. When the Nazis came to power in Germany, the family left for Holland and settled in the city of Epe. After the German invasion, his father participated in the resistance movement. Parents died in Auschwitz in the fall of 1943. Ursulu Stern was shelled by a Dutch family, but the shelter was opened and she was deported to Utrecht prison, then to the Wuht concentration camp and finally to the Westerbork transit camp. After a week of being there, she was sent to Sobibor on April 6, 1943. She worked on sorting clothes and things left from those sent to gas chambers in the “forest brigade”, sorting military equipment in camp 4. During the uprising on October 14, 1943, she fled from the camp. Together with Eda Fisher and Katarina, Hokkes joined the Michal Jewish partisan detachment, where she stayed until the liberation of Eastern Poland. Then, together with Sarah Weinberg and Chaim Engel, she returned by sea to Odessa to the Netherlands. But her dream was “to flee Europe to be as far from Sobibor as possible” (Novich). Repatriated to Israel. She got married, had two sons. In the mid-1960s, she testified at a trial against former SS men from Sobibor.