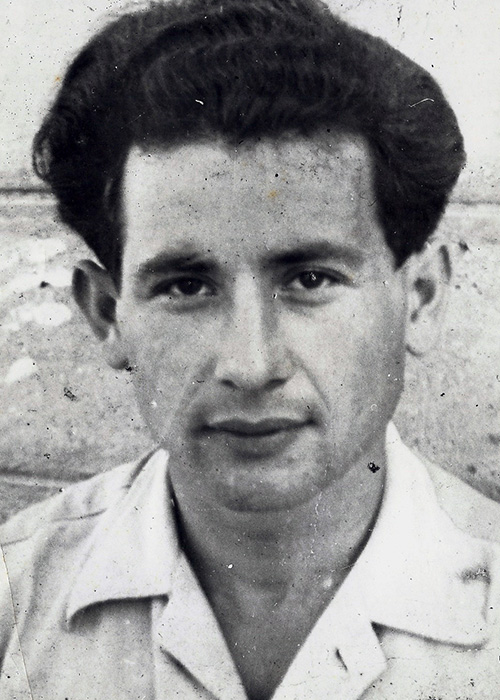 The son of tailor Nathan Rotenberg and his wife Miriam. Together with his family, on May 1, 1943, he was deported to Sobibor, where his parents and four brothers died. Isaac and his younger brother were selected for work in the camp. Brother died during the uprising on October 14, 1943, Isaac managed to escape. Hiding in the forest. After the war, sailed from Italy to Palestine on the ship “Bracha Full.” However, the ship was intercepted by the British, and passengers were interned in Cyprus. Arrived in Palestine in April 1947. Participated in the War of Independence. He lived in Bat Yam with his wife, son and daughter. He worked as a bricklayer. On March 29, 1994, two Arab workers attacked him with axes during construction work in Petah Tikva. Died at Beilinson Hospital. The killers detained the next day said they had committed an attack to clear themselves of allegations of collaboration with the Israeli authorities. They were sentenced to life imprisonment, but released in 2013 as part of a deal with the Palestinian Authority.