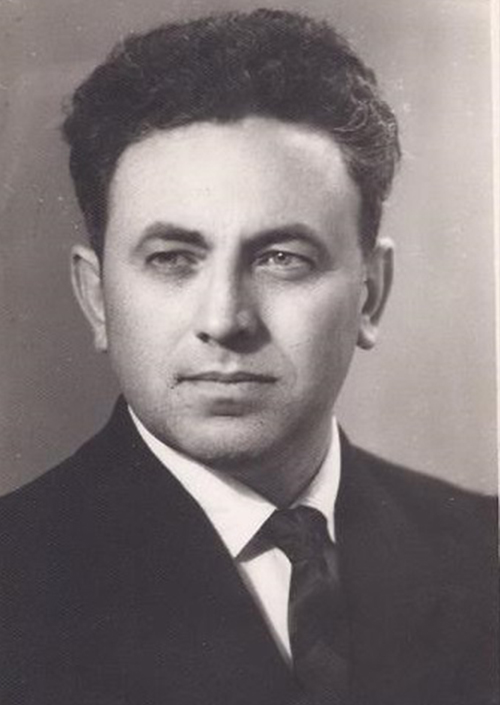 The tailor’s son. At the end of high school (1940) he was drafted into the Red Army. He served in the 150 corps artillery regiment, stationed first in Daugavpils, then in Minsk and in a military town near Minsk; there he met the beginning of the war. During the retreat, at the end of July 1941, behind Mogilev, he was wounded in the leg, shell-shocked and captured.

He spent several days in a prisoner of war camp in Mogilev, and then was sent to Stallag 352 in the village of Masyukovschina near Minsk. There after the “selection” he was put in a punishment cell – the so-called “Jewish basement”, and in September 1941 transferred to the SS working camp on the street. Wide in Minsk. From there, September 18, 1943, together with Alexander Pechersky and other prisoners of the camp on the Broad and Minsk ghettos (about two thousand people in total) were deported to Sobibor. In Sobibor since September 23. During the October 14 uprising, he said, he received an assignment from A. Pechersky to liquidate the commandant of Camp 1 Karl Frenzel, but he did not appear in the carpentry workshop at the scheduled time.

When escaping from the camp, he was wounded in the leg. Hiding in the forest, then with different owners on the Yanov farm near Helm, together with Bere Freiberg, brothers Josef and David Serchuk, and others. After the arrival of the Red Army (July 1944) and a three-week check in Smersh, he served in 1078 regiment 312 of the 69th Army Division of the 1st Belarusian Front . In January 1945, during street battles in Poznan, he was seriously wounded in the arm, until May 15 (according to other sources – until the end of February) he was in the evacuation hospital in Lodz. After discharge – in Berlin, the guard of the army food warehouse. In October 1945 he was discharged.

Parents were shot by Nazis in Ternovka in May 1942. He worked as a photographer in Gayvoron, Kirovograd region. Since 1978 he lived in Odessa.

After the appearance of the article by L. Druzenko and V. Tomin, “The End of Sobibor” (“Komsomolskaya Pravda.” 1962. January 12), wrote to A. Pechersky, in October 1962 he arrived in Gayvoron. In October 1963, he celebrated the 20th anniversary of the uprising in Rostov-on-Don (with A. Pechersky and Arkady Vayspapir), was present at all subsequent meetings of the Sobiborets living in the USSR. The 1983 meeting was held at his place in Odessa.

Cavalier of the Polish Order of Merit (2013) and the eponymous Ukrainian Order of the III degree (2018). The documentary “Fatalist” is dedicated to him (Yad Vashem, 2018).