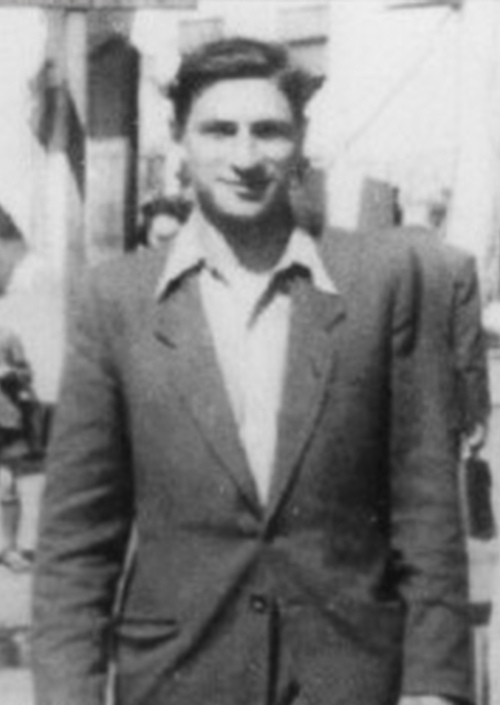 He lived in Warsaw, at the beginning of the war he moved to Zamość. He was arrested and sent to the Janowice labor camp; built fortifications near the demarcation line of German and Soviet troops. At the end of May 1942, was deported to Sobibor. He was selected to work in the station team (Bahnhofkommando), was engaged in cleaning wagons. In addition, he worked in the kitchen and in the sorting hut. After October 14, he was hiding in the woods with Hella Felenbaum (Weiss) and other prisoners of Sobibor, as well as with a group of five Red Army soldiers who had escaped from captivity. He tried to join the reconnaissance and sabotage detachment of the NKVD “Okhotniki” under the command of Nikolai Prokopyuk, but was not accepted into it due to illness. He emigrated to Israel, where he worked as a typographer.