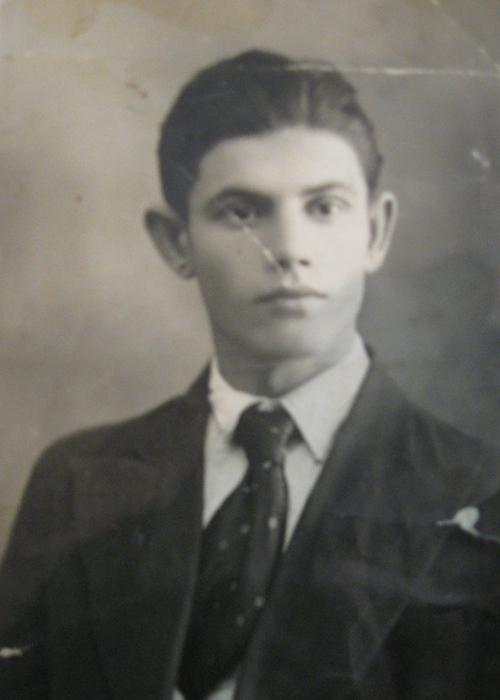 Immediately after his birth, his parents moved to Samara. At age 14, he was orphaned. At the end of seven classes I learned to be a hairdresser. In 1939, drafted into the Red Army. He served in the Far East, with the outbreak of war he was thrown to the west. He was surrounded and captured. He was called the surname Gruzdev, but was issued by a fellow soldier and sent to a work camp on the street. Wide in Minsk, and from there in September 1943 to Sobibor. After escaping from the camp, he hid in the forest for two months with Zadik Levin, then joined the Polish Jewish partisan detachment (probably the B. Glovatsky detachment, led by Khil Braverman), and later to the Chernigov-Volyn partisan unit under the command of Alexei Fedorov , operating in Belarus (see: Fedorov A.F. Last winter. M., 1981. S. 99). After the merger of the detachment with regular troops, he fought in the Red Army. In 1944 he was wounded in the arm and ended up in a hospital in Kuibyshev, where he lived until the end of his life, working as a hairdresser. He was married, had a daughter.